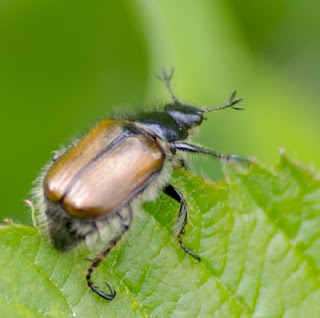 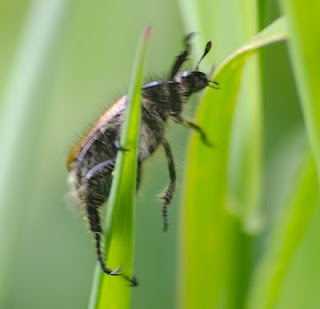 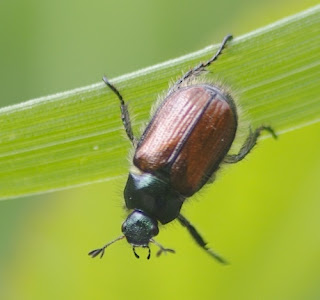 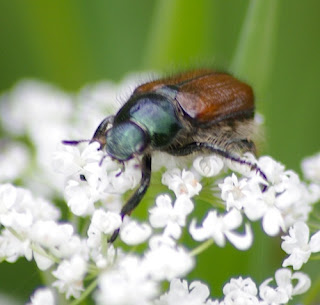 These May beetles were very excited about something - possibly by the presence of other May beetles - and wouldn't sit still for one second.
Posted by Wildeep at 23:52 No comments:

Join me for a little adventure around the forests of Glenfinnart on the 15th of October, as part of Cowalfest.
Posted by Wildeep at 22:43 No comments:

Kilmun Arboretum is a tree-ish place - well over one hundred different species, and has been one of my favourite haunts for quite some time. 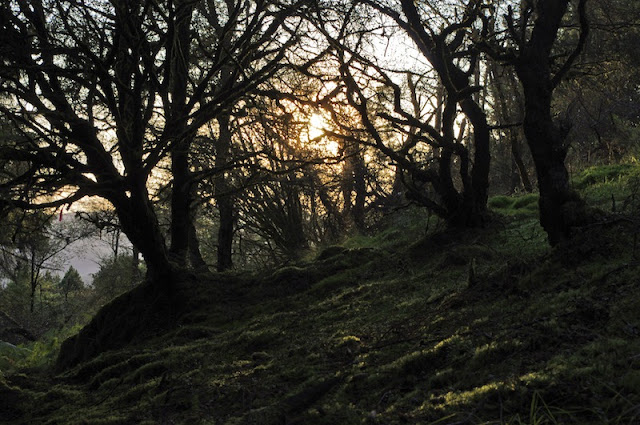 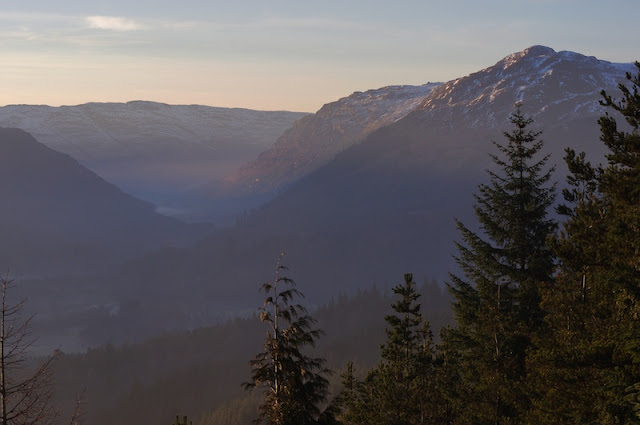 Fencepost of the Week #30 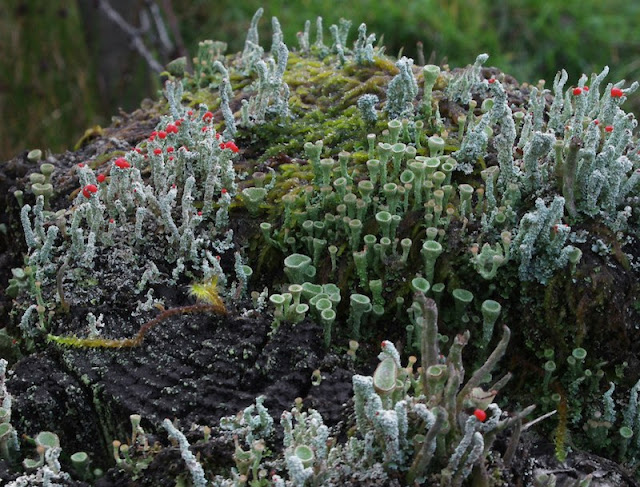 I was very pleased to see fenceposts and their accompanying lichens getting at least a little exposure in the news this week: http://www.bbc.co.uk/news/uk-scotland-highlands-islands-15017589
Posted by Wildeep at 00:01 No comments:


Pleurocybella porigens has been considered a good edible mushroom for many, many years.
Then in 2004, 17 people died in Japan after partaking of an unusually large crop of them.
Scientists have since isolated a toxin in the mushroom that might be able to cause the kind of brain lesions found in the victims. It is a very unstable molecule that would normally be broken down, but eating very large quantities of the mushroom could lead to poisoning - particularly in people whose kidneys are not functioning well.  Nearly all of the victims already had poor kidneys, and an average age of 70.
It seems the deaths were caused by eating a glut of mushrooms that are normally only available in small quantities. The distinction between poisonous and edible fungi is not always clear cut.
Posted by Wildeep at 23:22 No comments:

Who Turned the Colour Off?

It's been a bit autumnal and blustery of late - the weather seems to have washed all the colours away... 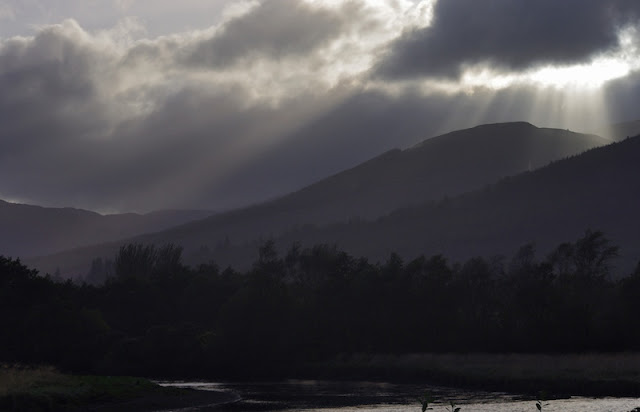 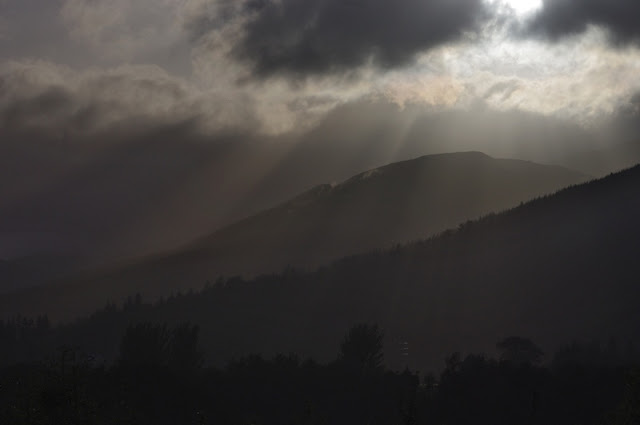 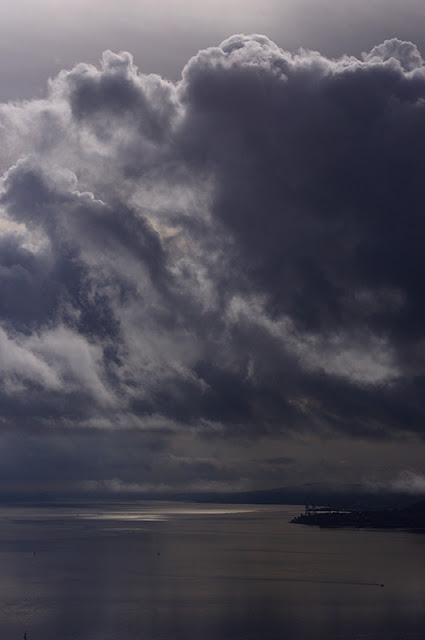 Fencepost of the Week #29 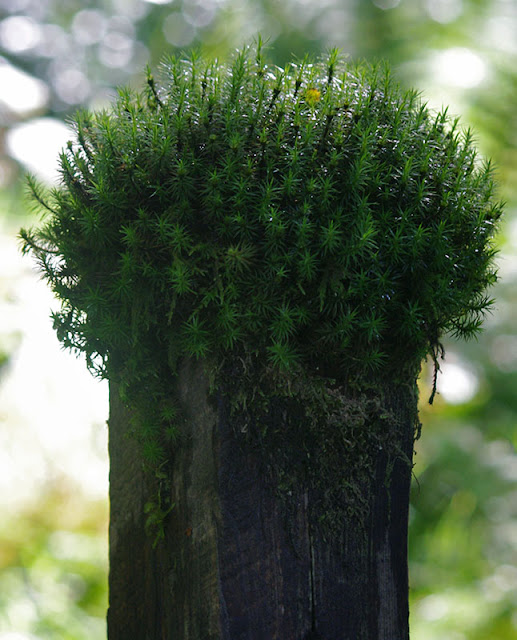 
Polyporus badius has pores so fine, that its undersurface appears perfectly smooth under all but the closest scrutiny. Polyporus tuberaster, on the other had seems positively spongy, even at a distance.

Down the Eck and Up the Massan 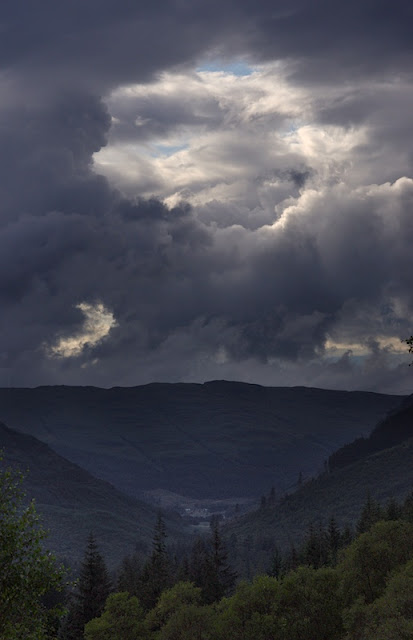 Looking up Glen Massan
Posted by Wildeep at 21:09 No comments:

Fencepost of the Week #28 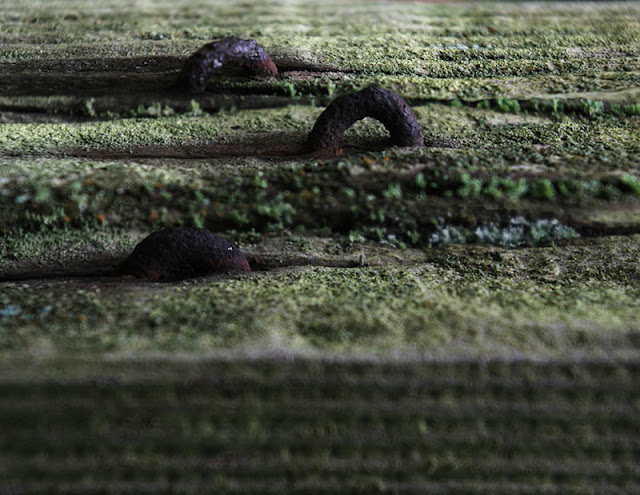 A dark, little landscape on the side of a fencepost, deep in the forest.
Posted by Wildeep at 22:27 No comments: 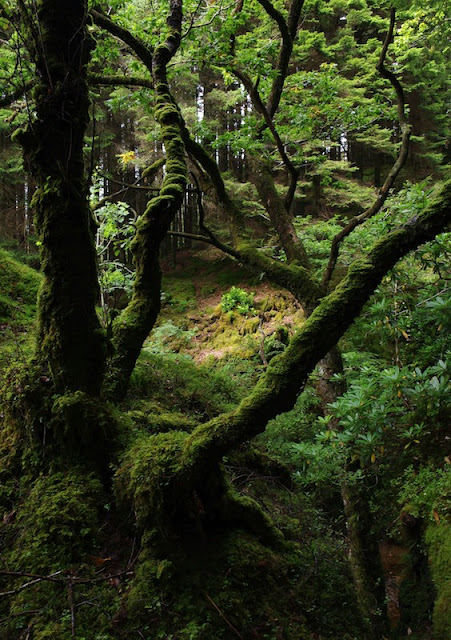 But sometimes all you need is a really, really... 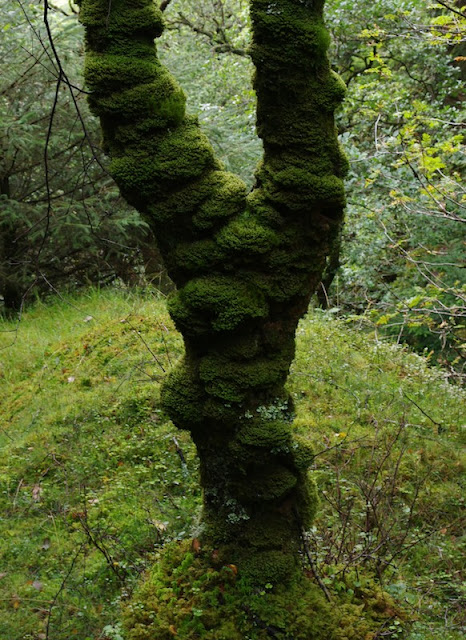 There are many, many species of cortinarius and most are very difficult to tell apart - but this one, with its curious, silvery-purple skin is usually quite distinctive.

Some cortinarius mushrooms are deadly poisonous, in fact I suspect that one of the most common types growing around here is Cortinarius rubellus, but I couldn't be sure, as there are so many other reddish-orangeish-brownish cortinarius species in the books.

I'm leading a walk for the Cowal East Paths Group next Sunday. If you fancy coming along, you'd be most welcome! 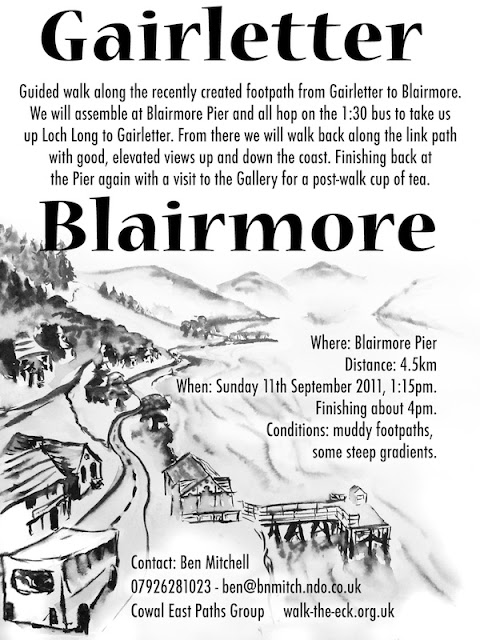 Hopefully this will be the first of a monthly programme of walks and other events held by us. We have a website at http://walk-the-eck.org.uk/ where you can get further details.
Posted by Wildeep at 22:29 No comments:

If you look out over the Clyde to the East you can often see another land on the farther shore. A mysterious place with things called 'towns' They are a bit like villages, only more. 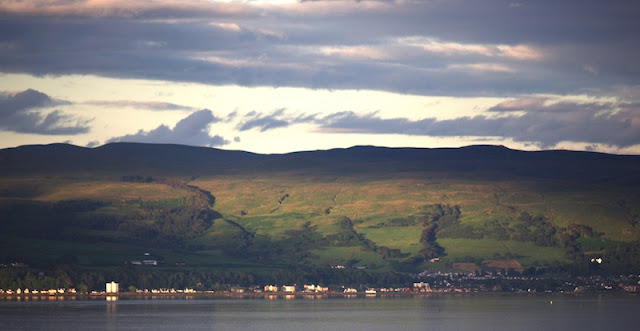 This one is called Largs. 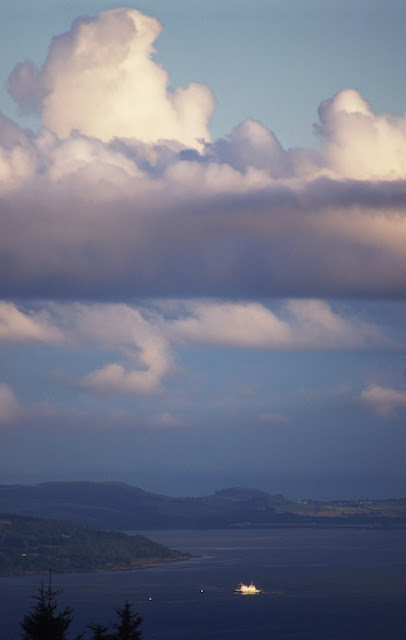 'Fairy' boats will take you there, so I've heard. 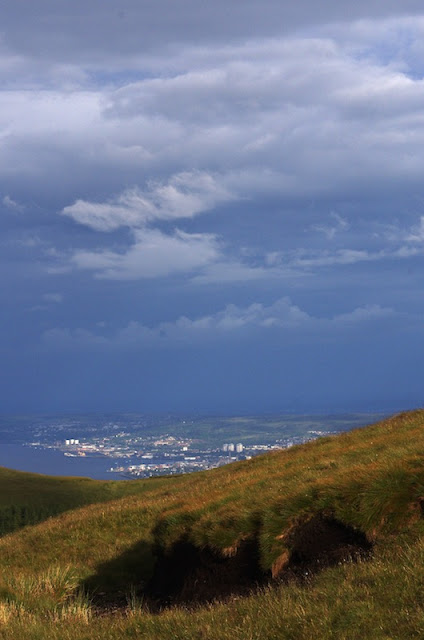 Greenock - it's about the same size as a peat hag.
Posted by Wildeep at 14:54 No comments:

Fencepost of the Week #27 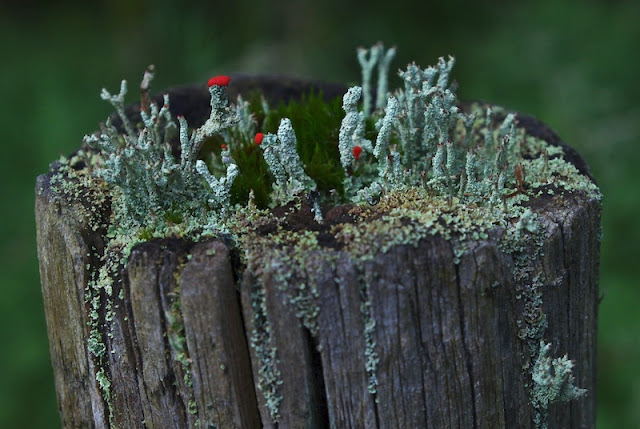 A fencepost of classical elegance looms from the crepuscular gloom.
Posted by Wildeep at 19:14 No comments: 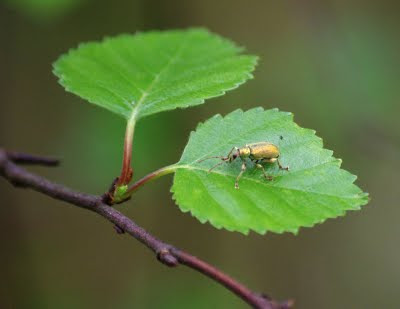 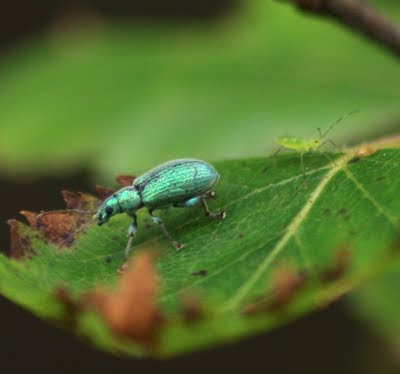 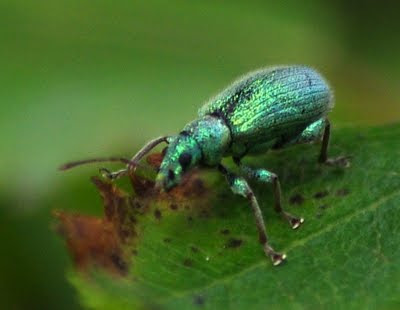 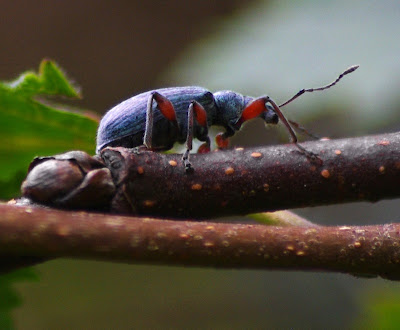 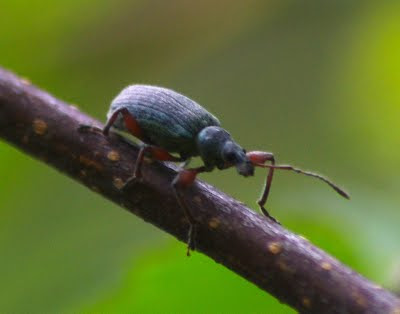