Previously I discovered that you can get pleasingly blue food by mixing red cabbage with egg. I now understand that all the egg is doing to the red cabbage is raising its pH. The same effect can be achieved by adding a little baking soda to minced red cabbage. However, the colour doesn't seem to be very stable - cooking or drying the mixture seems to alter the colour from blue to a paler, sea-green shade. 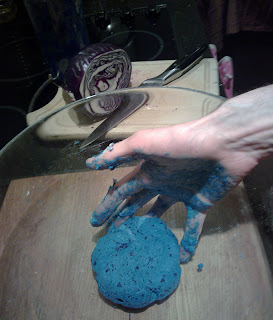 I mixed my blue minced cabbage to a standard dough (strong white flour, salt, water) and used it to make udon noodles - they went a bit green while being boiled in the soup, but still tasty! 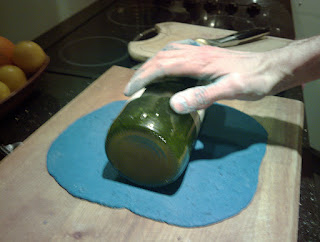 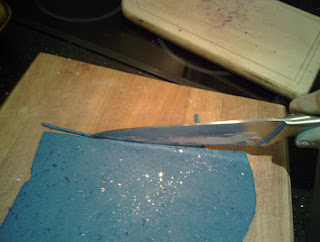 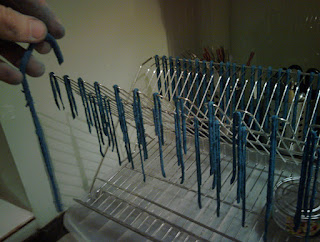 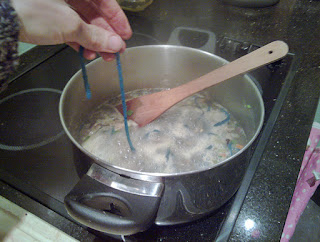 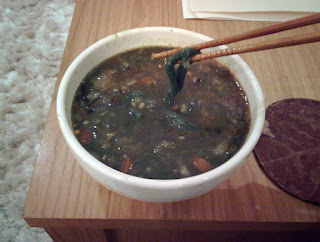 I also tried making chapatis out of the dough, but they went very green.

So instead I baked some white bread rolls and glazed them with blue cabbage juice after they came out of the oven. This produced the most successful colour, but seems more like home made food-colouring rather than blue food per se. 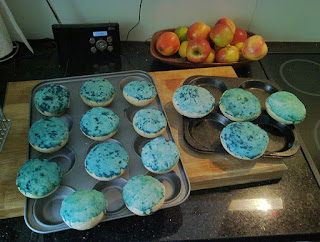 I added a little aniseed to my bread mix - synesthetically speaking, it is one of the bluest of flavours!