Fencepost of the Week #76 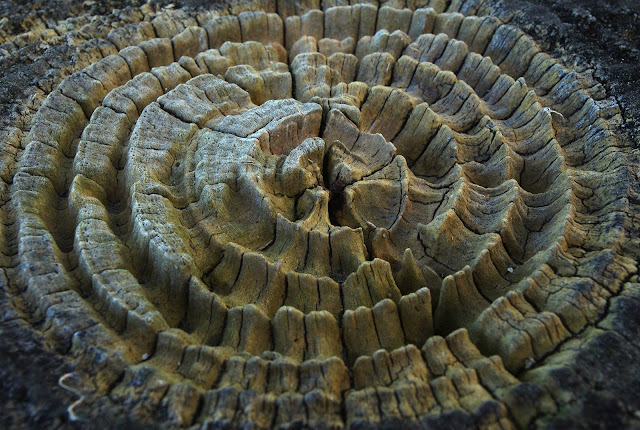 A beautifully weathered fencepost top from the Waitakere Ranges near Auckland, NZ.
Posted by Wildeep at 09:26 No comments: 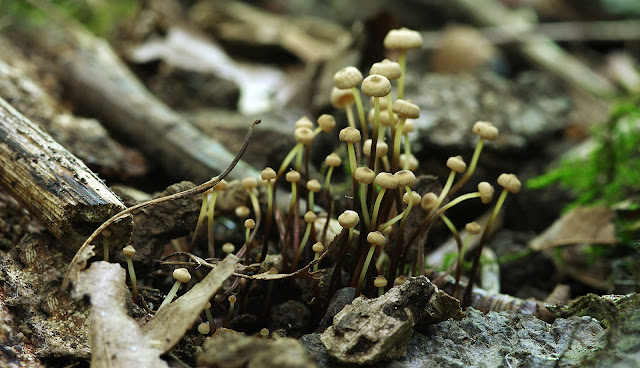 The genus Marasmius contains a number of very tiny fungi with long, wiry stems - the different species are pretty hard to differentiate. The caps in this photo are mostly 1-3mm in diamiter, with the big one right at the back being maybe 5mm.
Posted by Wildeep at 09:47 No comments:

Fencepost of the Week #75 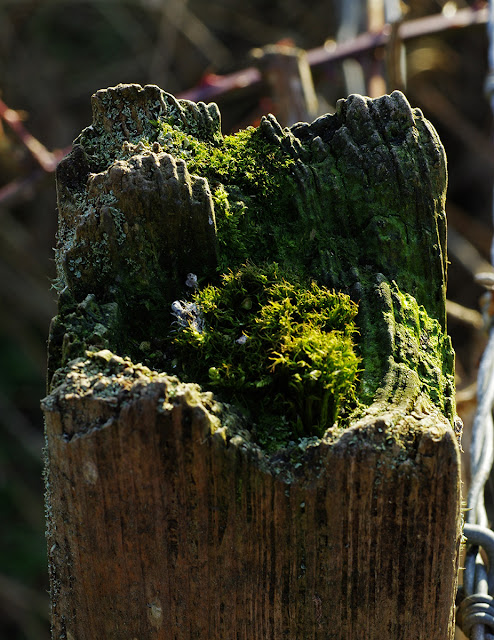 The fencepost might be rectilinear but the tree it came from was not.

Pycnoporus is a genus of bright red bracket polypores with world-wide distribution, divided into species mostly by geographic region. This is Pycnoporus coccineus the native species from Australia and New Zealand.

It has an eye-catching bright red-orange colouration and is usually rather messy in form - sometimes looking more like a glob of putty than anything natural. 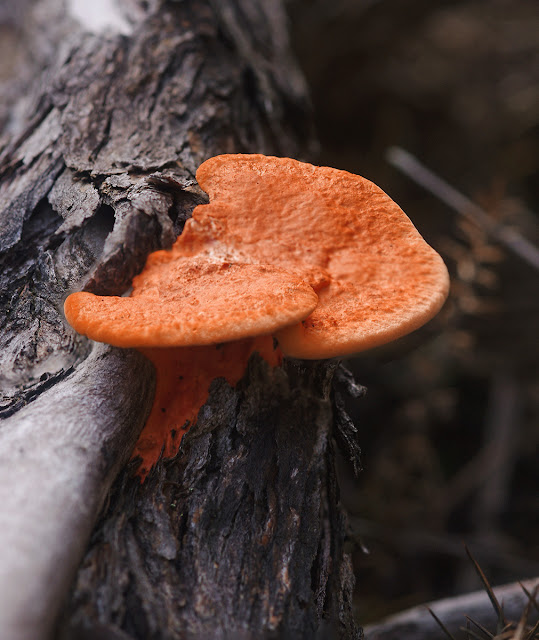 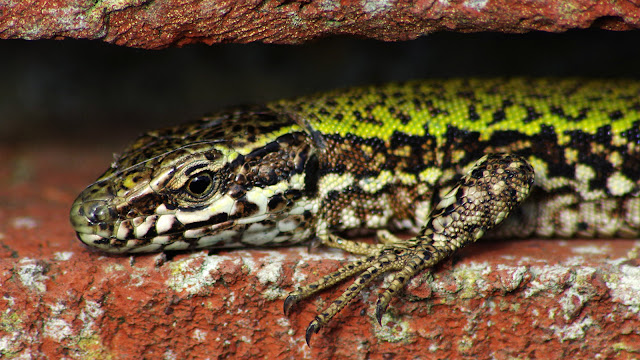 I recently learned that there is a colony of wall lizards - Podarcis muralis - living just along the coast from me. The next day I hopped on a bus and went to have a look.

The colony is in Shoreham by the old fort. Although I did not see any lizards on the old fort itself, there were some in the adjoining shingle beach nature reserve and there were lots on the garden walls along Old Fort Road - I think I saw about 40 lizards on this one trip! 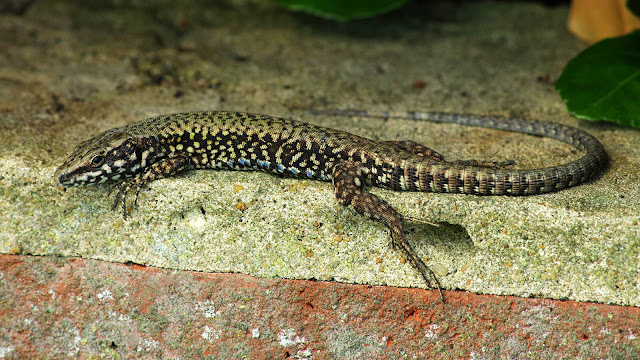 The pedestrian access alleyways running between Old Fort Road and the beach seemed to be particularly fertile lizard-watching turf. 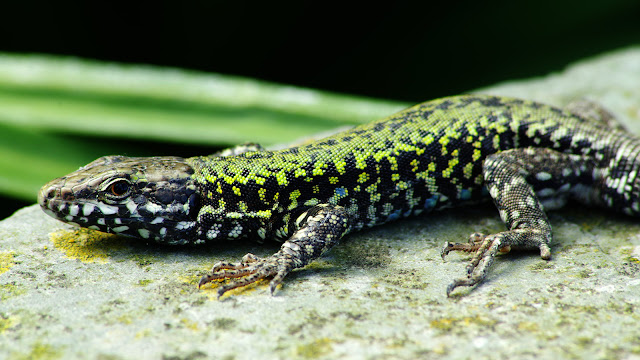 Wall lizards are not native to mainland Britain. They do live in France, but many of these individuals had bold green and blue markings strongly suggesting they originated from somewhere further south - maybe Italy. (French wall lizards are mostly shades of brown.)

They really do like walls - they can scuttle across sheer surfaces in any direction with speed and confidence. They are among those lucky few animal species that can not only survive but actually prosper in urban environments. 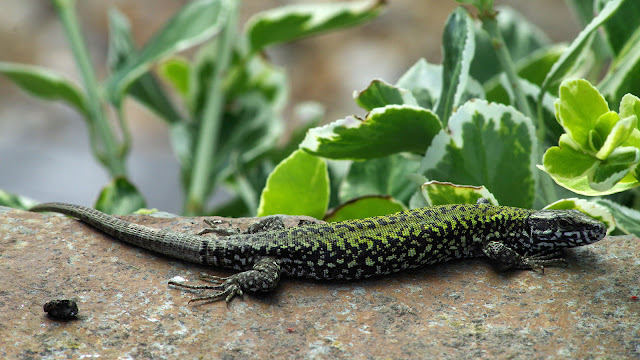 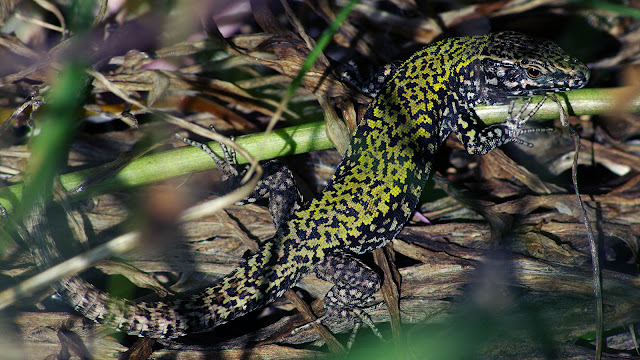 And here's another about non-native UK reptiles and amphibians more generally. http://alienencounters.narrs.org.uk/ 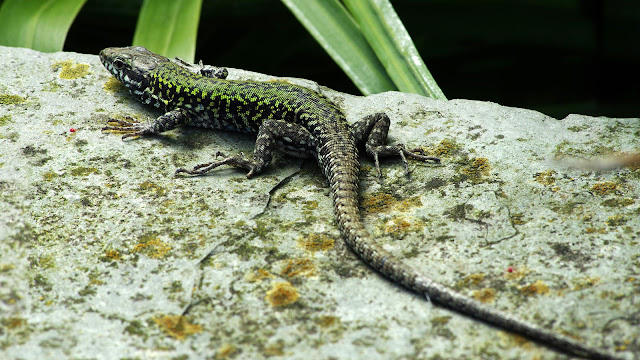 Out From The Garden

Fencepost of the Week #74 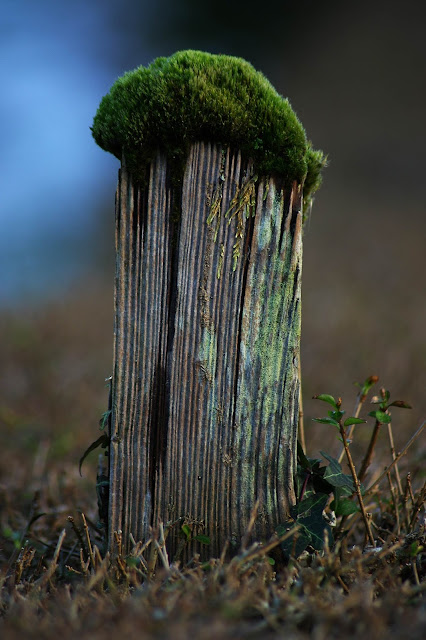 A mossy fencepost juts boldly forth from the manicured uniformity of the garden privet hedge.

...becoming wavy, irregular brackets somewhat larger than dinner-plates. Some are even a bit saddle-shaped, though most remind me more of the shape of an old-fashioned tractor seat.

Fencepost of the Week #73

This week's fencepost has a severed bird's jawbone bedded down in its mossy top. A small reminder of the quotidian brutalities of the natural world... 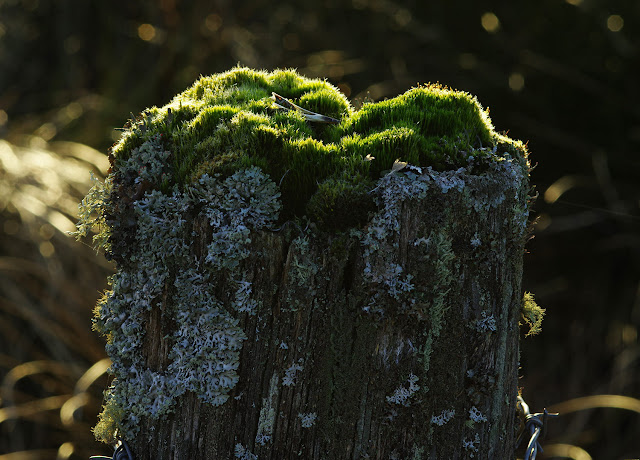